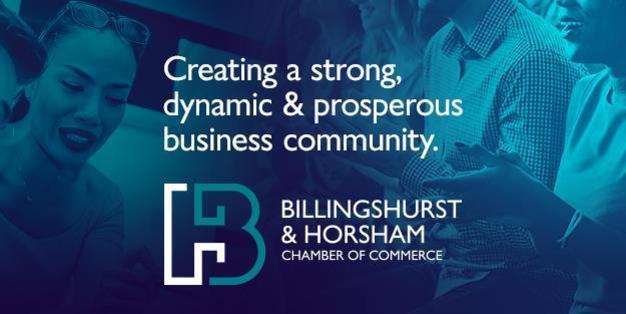 Posted on 23rd February 2019
John Wright, owner of it'seeze Web Design Horsham, is the new Chairman of Billingshurst & Horsham Chamber of Commerce following his appointment at the Chamber's recent AGM.
John takes over from Chris Cooper, Director of Horsham based Seofon Business Services, who has had a busy and successful 18 months since being appointed Chairman of Billingshurst Chamber of Commerce in September 2017.
Chris was instrumental in the changes which saw the expansion of the catchment of the Chamber and the active inclusion of Horsham, which included re-branding and renaming to Billingshurst & Horsham Chamber of Commerce.
Chris recognised that there was a void in Horsham and that there was an opportunity to fill it with the professional Chamber that has been offered over the years.
With many of the existing members coming from Horsham this was a natural evolution of the Chamber without forgetting the roots and membership in Billingshurst. 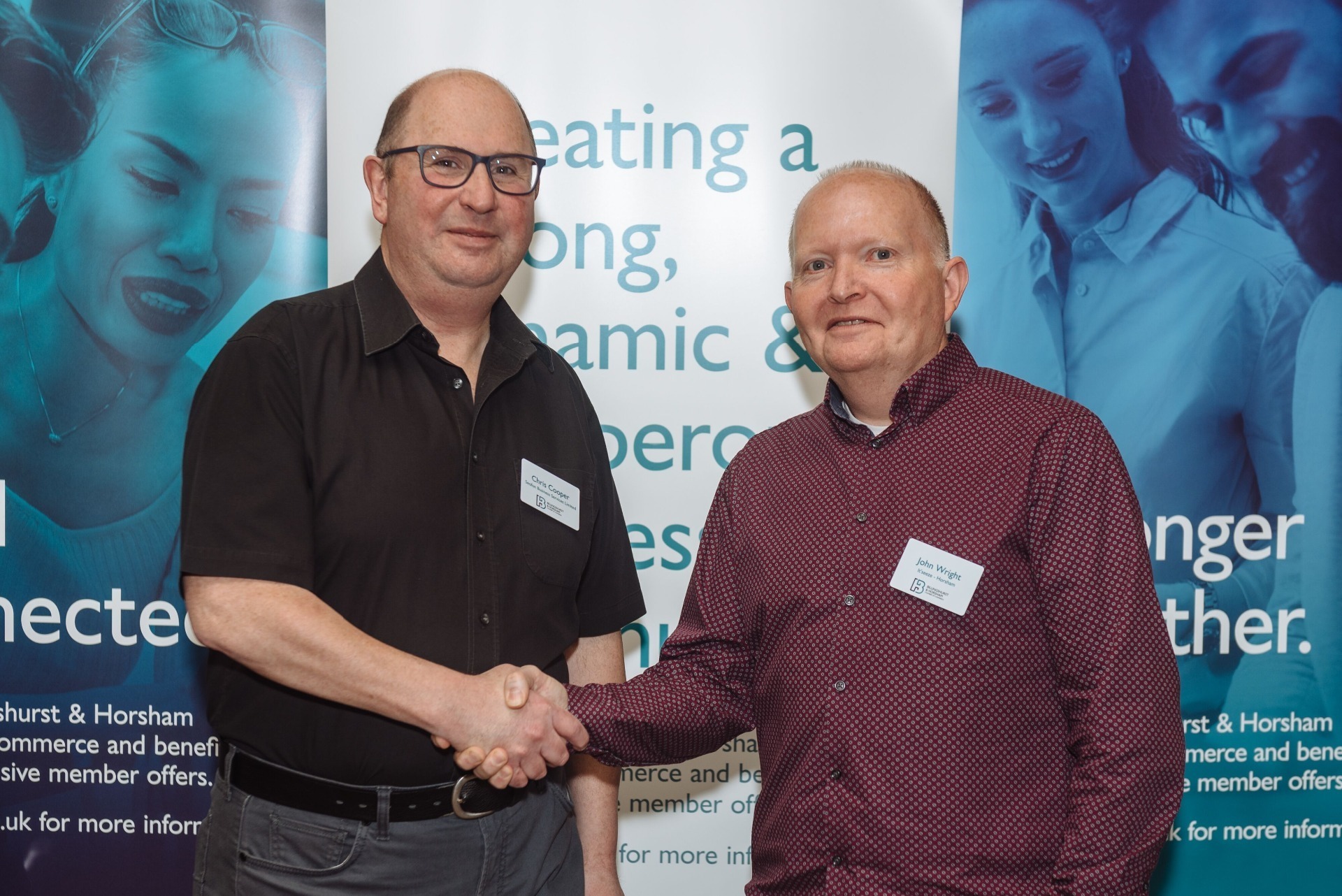 Past and Present
Outgoing Chamber Chairman Chris Cooper (left) hands over the reins to John Wright (right)
Image courtesy of Alan Wright Photography
The renamed and re-branded Billingshurst & Horsham Chamber was officially launched at a meeting on 8th March 2018 at John Lewis in Horsham. The changes have been well received as the Chamber has grown to just under 100 members, and the networking events continue to grow in popularity.
John is looking forward to maintaining the momentum and to continuing to grow the membership. He is a keen advocate of networking and collaboration between local businesses and is looking to supplement the popular and well attended monthly networking lunches with other events that will help members expand and strengthen their business network.
If you would like to find out more about Billingshurst & Horsham Chamber of Commerce, please visit their website or contact John Wright for more information.
Tagged as: Company information
Share this post:

Once you have a fully functioning, impactful website, you will want to get a domain-based email address (or multiple addresses) for customers to contact you with enquiries.
What’s a domain-based email address? It’s an email address that includes your site’s domain name.
For example; if your website domain is www.webdesignwestsussex.co.uk, your email address will be info@webdesignwestsussex.co.uk - or something similar - as opposed to a free address such as webdesignwestsussex@gmail.com.
A professional email will ensure your business is perceived as such. Yes, you can use a free personal email address such as outlook or Gmail, but that doesn’t exude professionalism.
To save you time and money, all websites designed by it’seeze Horsham come with five business email addresses with a 1GB mailbox.back to blog
Share this post:
Our site uses cookies. For more information, see our cookie policy. Accept cookies and close
Reject cookies Manage settings